In traditions of Ibn Majah as reported from Anas Ibn Malek the prophet (PBUH) said: "The cure of sciatica is the fat tail of a desert sheep molten and split into three parts. Each part taken on an empty stomach for three following days".

The Desert sheep live on natural herbs very rich in the omega 3 fats from which scientists have extracted 700+ medicines. The beneficial oils the sheep absorbed from the herbs are mostly stored in the tail fat.

The prophet (PHUB) said that the fat from the tail should be melted first, and so the harmful bacteria and germs are killed by the heat. It should be taken in three days, not more, to avoid fat oxidation and rancidity. It should be taken on an empty stomach, so that no other lipids compete with the lipids of the tail for absorption in the digestive tract at the vesicule and pancreas level, in addition to the cellular level where enzymes acting at the membrane convert those lipids of the omega 3 group to the beneficial type 3 prostaglandin that reduces inflammation and pain caused by Sciatica. 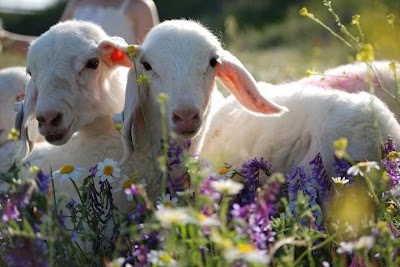 Posted by Unknown at 8:37 AM No comments:

The fat-tailed sheep is a general type of domestic sheep known for their distinctive large tail and hindquarters. Fat-tail sheep breeds comprise about 25% of the world sheep population. These sheep are most commonly found in Northern parts of Africa, the Middle East, Pakistan, North India, Western China and Central Asia.

The earliest record of this sheep variety is found in ancient Uruk (3000 BC) and Ur (2400 BC) on stone vessels and mosaics. Another early reference is found in the Bible (Leviticus 3:9) where a sacrificial offering is described which includes the fat tail of sheep.

These beautiful animals were specifically bred for the unique quality of the fat stored in the tail area. The fat, called Allyah was used extensively in medieval Arab and Persian cooking. Sheep tail fat is still used in cooking today although there is a reported decline with other oils increasing in popularity and ease of purchase.

Fat tailed sheep are very hardy and adaptable, able to withstand tough challenges of desert life. When feed is plentiful and parasites at bay, fat-tail sheep can be massive in size and growth. The carcass quality of these sheep is quite good with most of the fat concentrated in the tail area. The fat can account for 10lbs of weight on a 60lb carcass.

The most common fat-tailed breed in the US is the Karakul. There is a growing market in the US for these sheep as the ethnic population is the fastest growing sector of sheep consumers in North America.

Have a blessed day! 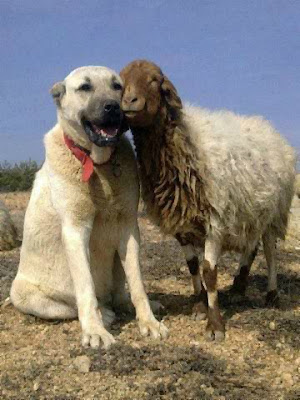 Posted by Unknown at 9:22 AM No comments: